The volcanicwines in the Castelli Romani: do you know why ??
What are the volcanic wines?

Volcanic wines are wines produced in volcanic soil rich in minerals such as potassium,
phosphorus, sulfur and magnesium always present in the typical magma of volcanoes.
The tufa, lava, and sandy component of these soils is very useful for good drainage of
water, therefore for soil fertility. The particular porosity of the rocks that make up these soils
also guarantees a constant presence of humidity which helps the plants not to suffer during
hot periods.
Because of the peculiarity of the soil, volcanic wines have a very intense aroma with hints of
minerality.

Volcanic wines in the Roman castles

Nowadays there is much talk of Etna&#39;s volcanic wines but few know that volcanic wines are
also present in the area of ​​the Roman Castles and that, indeed, the Castelli Romani were in
the prehistoric era only one volcano, the Latium volcano or &quot;latium volcano&quot;. This great
volcano stopped its activity around 5000 years ago after having experienced three distinct
eruptive phases:

the Lazio Volcano, the first phase

The first phase also called &quot;tuscolano-artemisio&quot; is the one from which the volcano was
born through explosions and successive pyroclastic and lava flows interspersed with long
periods of calm; this first phase ended about 360,000 years ago and it is still today
identifiable in all its extension that goes from Mount Tuscolo to Mount Artemisio.
H3 The second phase
The second phase begins about 280,000 years ago with the formation of a new, smaller,
volcano which had a diameter of about 15 km, the &quot;Monte Cavo&quot;, placed inside the one formed
during the first eruption phase, and the birth of other minor craters.
The phase ended about 260,000 years ago: The quiescence phase begins with the cooling of
the central chimney and the formation of a large stopper of magmatic material that prevents the
subsequent eruptions.

The third phase and the Castelli Romani lakes

The third and final phase, which took place between 200,000 and 19,000 years ago, is
called lakes phase or hydromagmatic phase because the underground waters came into
contact with the magma of the Volcano. The incandescent magma, in the search for new roads
in the sides of the cone of the volcano, meets, at several hundred meters of depth, the aquifers.
The water of the deep aquifer coming into contact with the magma causes the formation of
large quantities of volatile compounds which, however, find their way out of the central crater
blocked. An explosive potential of unthinkable dimension is thus created which causes an
explosion that pierces the side walls at the point of greatest weakness creating about 15
secondary craters.

Following this phase, the Monte Cavo cone goes out closing the existing crater, while the
minor craters are filled by water forming a series of lakes like Campovecchio between Marino
and Grottaferrata, Lago Regillo at the estate of Pietra Porzia, near Frascati, Pantano Secco,
Doganella under Rocca Priora, Vallericcia below Ariccia, the Laghetto di Turno under Castel
Gandolfo, in addition to the two famous and more great lakes that still exist today in the
Castelli Romani area: Lake Albano and Lake Nemi.
Most of these lakes were drained in Roman times 2000 years ago (this is the case of
Vallericcia and Lake Regillo).

Lake Regillo (in Latin: Regillus) was a lake of volcanic origin described above; the lake
owes its fame to a famous battle that took place in 496 BC between the armies of the Roman
Republic and the Latino league led by Tarquinio the Superb, the last king of Rome. 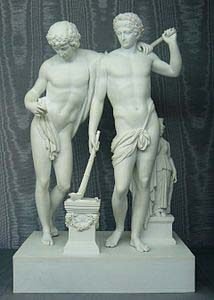 TheRomans, in great difficulty, asked for the help of Jupiter who sends from the sky the Dioscuri,
the twins, Castor and Pollux,( link to battle of the regillo lake) that guided the Romans to
victory. The lake was a sacred place and on its banks there was an archaic temple dedicated
to Giunone Regina from which, perhaps, derives the name &quot;Regillo&quot; for the lake dried up
already in Roman times.

The Pietra Porzia wine estate, 116 acres of which 89 are planted with vineyards, occupy,

according to recent research (link to the book), the area of ​​the former Lago Regillo, the
volcanic lake whose memory remains in the stream that crosses the center of the Estate and in
the archaic columns of the ancient temple found in pieces many decades ago during the
excavation of a vineyard and now exhibited in the ancient cellar of the Estate.
Why the Volcanic wines at Tenuta di Pietra Porzia are special?
The Pietra Porzia wine estate produces very special volcanic wines because the 89 acres of vineyards are
located in the valley that was once occupied by Lake Regillo and therefore in the point of maximum
fertility linked to the accumulation of mineral substances present in the lake in addition to the
underground presence of the stream that still crosses the Estate .
The Frascati Regillo therefore has a very intense aromatic component which in the gold-label selection has
light hints of minerality
The Red Lecino, derived from the ancient native grape Lecinaro recently rediscovered, draws from the
volcanic component of the soil the enveloping aroma of cocoa and cherries in spirits enhanced by the
intense minerality typical of volcanic wines.
.
If what you have read has intrigued you and you want to come and visit us please fill out the form below.