What to do? where to spend new year near Rome? A farmhousein Frascati, in the Roman Castels, is a winning choice

The choice of what to do and where to spend New Year near Rome is always difficult; with this article we suggest you spend New Year on Pietra Porzia, in  Castelli Romani area, in a villa converted into a farmhouse in the middle of a 76 acres estate with vineyards, olive groves and a splendid view on Rome and the Roman Castles

the Pietra Porzia villa, transformed into a farmhouse, was built around 1940 on a land formerly owned by the  price Borghese family; his high base cover  the remains of a Roman villa, almost completely buried.

The link between Pietra Porzia and the New Year is very strong for three reasons linked to a story that, starting from the Roman Empire, reaches the XVIIth, confirming the connection between the name Porzia and Marco Porzio Catone.

–first reason: the name Pietra Porzia derives from Marco Porzio Catone, he was  born in Tuscolo in 234 BC and died at 85, an incredible age for a time when the average life was 40 years !! Born from a poor family, he came to the highest political offices founding the gens Porcia and fighting, in his role as censor, against luxury, bacchanals and the Hellenistic influence on Roman society. His fame is linked to the ability of a speaker in the Senate but, above all, to his work dedicated to the management of a farm through slaves, his “Liber de Agri Cultura”, was the first scientific text of agriculture in the Roman times.

-second reason: the name Monte Porzio Catone, a town of great charm just a few miles from Pietra Porzia, also derives from Marco Porzio Catone who had there a large villa and a large estate which almost certainly included the current Tenuta di Pietra Porzia

– third reason: the Gregorian Calendar  was created in 1582 by Pope Gregory XIII Boncompagni  with a papal bull issued in Monte Porzio Catone during his stay at Villa Mondragone 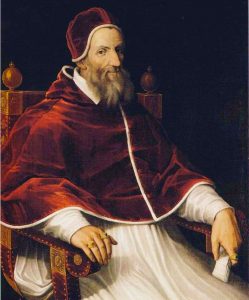 Villa Mondragone: takes its name from the dragon found in the coat of arms of Pope Gregory XIII Boncompagni who had made it as his usual residence. 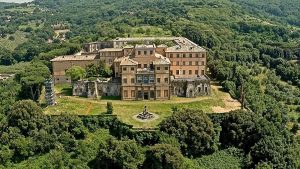 Villa Mondragone had its greatest period of splendor during the times of Paolo V Borghese (Pope from 1605 to 1621), it was then donated in 1865 by the Borghese to the Jesuits and by the Jesuits sold in 1981 at the University of Tor Vergata.

Villa Mondragone, a few miles from Pietra Porzia, is open to visitors.

The Gregorian calendar (link), still in force today, sets the New Year’s date on 1 January and, with the insertion of a leap year every 4 years, corrects the mismatches with respect to the astronomical calendar that had accumulated since 46 BC, year in which Julius Caesar had created the Julian Calendar.

Chinese tradition links the New Year to the Moon cycle, on a date that fluctuates between January 21 and February 19. The Chinese New Year of 2020 is Saturday 25 January. 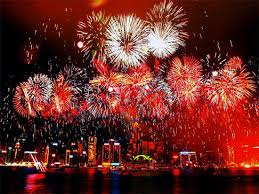 The Chinese New Year is also linked to the Chinese astrological tradition and to the twelve constellations of the Chinese Zodiac.

Chinese zodiac: its origin is linked to legends related to the death of Buddha or the journey of the Jade emperor to the earth (link to Chinese zodiac wiki); in both cases 12 animals strongly influence the character and destiny of the men who are born under their sign; 2020 is the year of the mouse, the first animal of the Chinese Zodiac; those born in the year of the mouse are great workers, like all Chinese, but they also have a strong capacity for attraction.

Another legend explains the Chinese habit of wearing red for New Year.

New Year what to do? Where to spend the New Year? A New Year’s Eve in the countryside in Pietra Porzia, a farmhouse in Rome, in the Castelli Romani area, is a winning choice for 3 reasons

first reason: to spend New Year’s Eve in Rome, in the countryside, with children.

second reason: to spend a romantic New Year’s Eve party in the Castelli Romani together with the most beloved person, also staying overnight at the farmhouse.

third reason: to discover, for the New Year’s Eve dinner in the Castelli Romani, the typical dishes of the local tradition made from the kitchen of our farmhouse with many products coming from our own estate.

night of 31 December and New Year’s Eve dinner of 31 euro 130 per person in a double room, minimum 2 people, breakfast included.

mini meat rolls, stuffed with prosciutto from the Comino valley and pine nuts, with a Malvasia del Lazio wine sauce

Picinisco semi-seasoned caciotta with walnuts and honey from the honeycomb

All accompanied by a focaccia made with our semi-integral flour and savory tozzetti with pecorino and almonds.

SIDE DISCHES from  our  vegetable garden

Garlic, oil and red pepper escarole, with raisins and black olives from Gaeta

At midnight delights of good luck

At midnight delights of good luck

Raw ham from the Comino valley and buffalo mozzarella from Amaseno

We suggest these programs:

during your stay you have lot of choices: visits to Rome or the wonders of Tivoli with Villa D’este (website link) and Villa Adriana (website link) or, even closer, the fantastic villas that are located in the area of ​​the Roman castles.

For those looking for shopping in Rome on January 2nd the sales starts, a few miles from Porzia  you can choose between  Valmontone outlet, Castel romano designer outlet or Roma est that, with their size and variety of shops, will give you only the spoiled for choice.

If you enjoyed our advice and discovered the meaning of the New Year, come and visit us, just fill out the form below